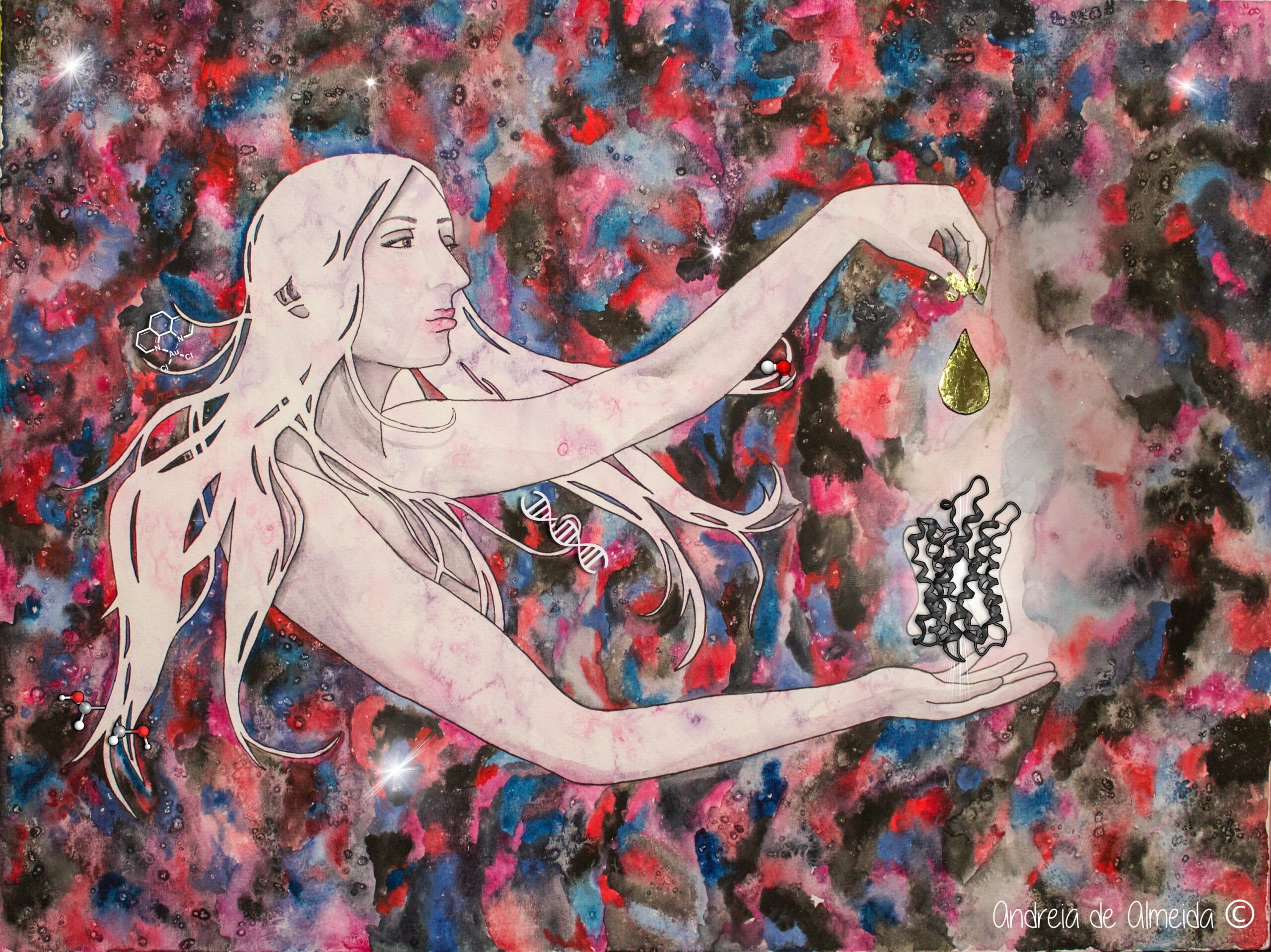 In different parts of the world, PhD thesis and a PhD defence can have different formats. From private to public defences, very small or bigger jury panel, classic blue and gold thesis and very few copies, or very personal “book-style” thesis and hundreds of copies. In my case, I did my PhD at the University of Groningen, in The Netherlands. You can actually download my thesis here.

At the University of Groningen, the PhD defense is public. It can only happen in specific days (set days for the different faculties) and a specific (very fancy) room in the main building. My jury was composed of 6 people, one of them representing the rector, all asking questions. The supervisors are also part of the jury. They will not ask questions but do give a speech at the end. The defence itself lasts 45 minutes, and there is one person, called Pedel, who comes in and shouts “Hora finita”. This means that each jury member gets to ask approx. 2 questions. The Pedel also accompanies the PhD candidate and jury members, in and out of the room. There are allocated seats for the family in the room, and two for two special people called paranymph. Those, who you can see next to me, on each side, are nominated friends who have the task of helping the PhD candidate organise their celebration and reception afterwards, as well as serve as moral support. In olden days, technicians would do a lot of work for PhD candidates, so they would be the paranymphs to answer technical questions. Technically, they can still answer questions. 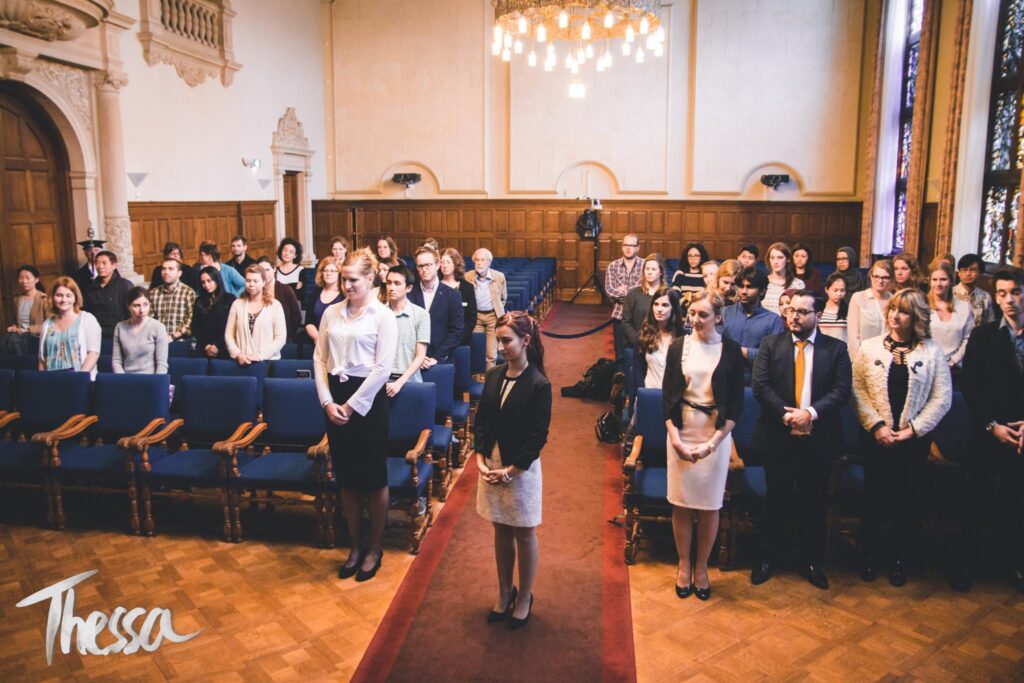 But the topic of this post is my thesis cover. It is customary to print, literally, hundreds of copies. Each Prof. in the department gets one, a few for the library, a few other copies for the group to keep, one for each group member, and others to give away to family, friends and defence attendees. In my case, 115 copies were printed, plus two hardcover copies: one for myself and another for my main supervisor. The PhD thesis is just like a book, and you can design (or pay someone to) your own layout and chapter pages, as well as your cover. With so many copies printed, everyone wants to have a nice cover. I decided to design my own.

The painting was inspired by the work of the artist Kelly McKernan. I followed one of her classes and used her techniques to create the main parts of the painting. This is a watercolour painting, with gold foil and digital elements. I used one of my friends as a model for this.

So, what does it mean?

Well, the background represents the universe. Hence, my attempt at using darker colours and “stars”. The female character represents Science. And there are quite a few reasons for that. For one, I have only (and to this day) had female supervisors and line managers. From my first internship during my BSc to the current head of my group, I have only had very strong female role models as supervisors. Also, the word Science in Portuguese is a female word (Ciência). So I think I’ve always thought of Science as a female character, much as Justice. Moreover, in various mythologies, wisdom and knowledge are commonly associated with female goddesses. Since I’m very passionate about diversity and roles of women in science, it was only natural for me to represent her as a woman.

My PhD project was divided into two parts: one dedicated to aquaporins, and another to metal-based drugs as anticancer agents. The two intersected at using gold compounds as aquaporin inhibitors. So, Science is dropping gold (the inhibitors) from her left hand, onto an aquaporin, on her right hand below. One of the inhibitors is tangled in her hair, and so are water and glycerol molecules: small molecules that pass through aquaporins. There is also a small DNA double helix, representing the other biological effects of the metal-based drugs.

In summary, the cover represents the universe, where Science draws her knowledge from. And Science herself, represented by a woman, is holding my research in her hands.

So, this was actually a physical painting, to which I added the molecules to her hair, and also the protein ribbon. Later on, I painted these elements on the original painting, and gifted it to my main supervisor on the day of my defence. She now has it in her office at the Technical University of Munich, where she currently works.